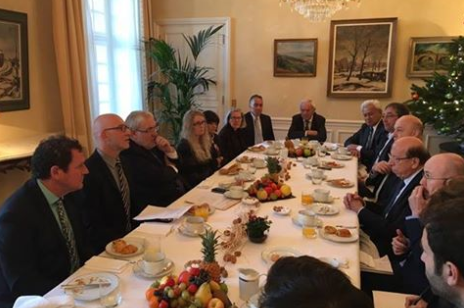 Six New Zealanders, accompanied by French Cultural counselor, Raynald Belay, started their tour of WWI sites and meetings on Monday 7 December. They have visited the unmissable Carrière Wellington, Longueval, Caterpillar Valley Cemetery, Page Officielle du Musée de la Grande Guerre du Pays de Meaux and the ring of remembrance, among others. The six NZ participants have been invited to France to take an active role in the creation and elaboration process of the French memorial to be erected in Pukeahu National War Memorial Park in 2018 which will include an architectural competition for the memorial. On Wednesday 9 December, the six NZ delegates met with the Secretary of State for Veterans and Remembrance, Mr Jean-Marc Todeschini, and French Members of Parliament of the France/New Zealand Friendship Group. Read more.